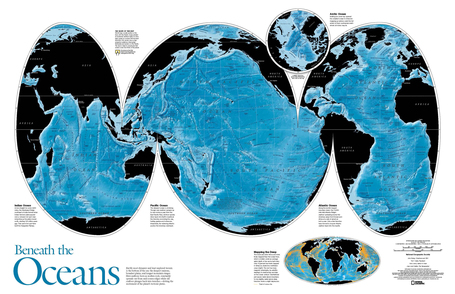 The video above is from the September 2012 iPad edition of National Geographic magazine.

Choosing a map projection is a major challenge for cartographers. Features such as size, shape, distance, or scale can be measured accurately on Earth. Once projected on a flat surface, however, only some of these qualities can be accurately represented. Every map has some sort of distortion. The larger the area covered by a map, the greater the distortion.

Depending on the map’s purpose, cartographers must decide what elements of accuracy are most important to preserve. This determines which projection to use. For example, conformal maps show true shapes of small areas but distort size. Equal area maps distort shape and direction but display the true relative sizes of all areas. There are three basic kinds of projections: planar, conical, and cylindrical. Each is useful in different situations.